Chris’ Jazz Cafe looks like and feels like an upscale place. The atmosphere is dark, very laid back with candlelit tables and the menu is great. I spoke with a few show goers that love Davina And The Vagabonds and traveled to Philadelphia for the show.

Davina And The Vagabonds took the stage for the second time. There was a jazz blues fusion going on mixed with Davina’s soulful voice. The band played a combination of covers and originals from the albums Black Cloud and Sunshine.

I do not remember many songs because like I said, I didn’t know any walking in the door so I can’t provided a set list but the songs I remember where Red Shoes from the album Sunshine, a Squirrel Nut Zippers cover, and a Hank Williams cover. 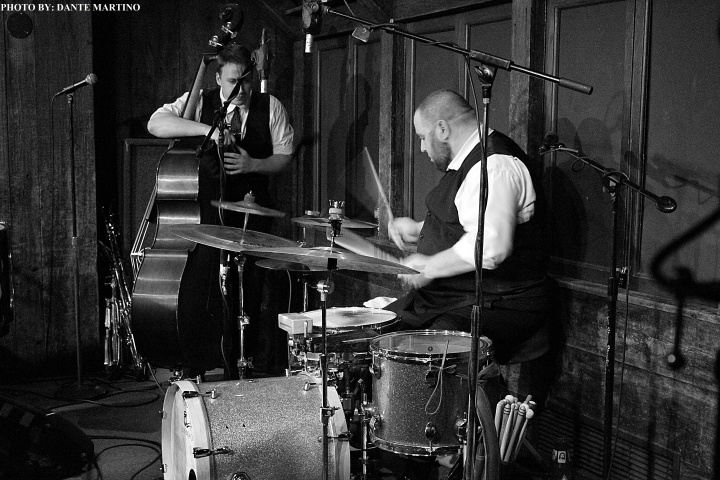 This was the first time I have stepped outside of my comfort zone and I was truly blown away. This was an amazing experience. The thing I regret, was not having someone there with me to share it with.